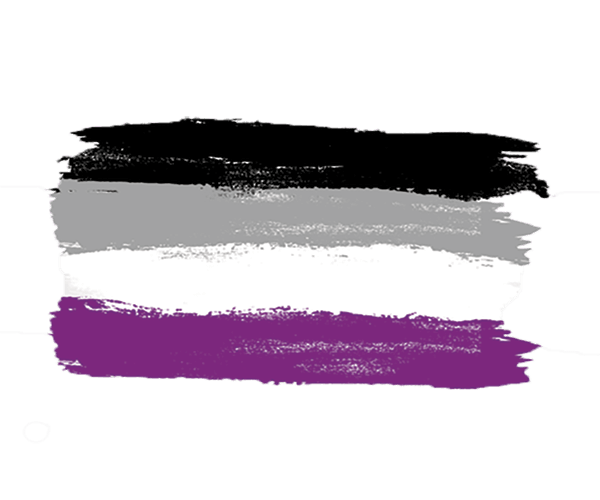 With the influential power of social media, spreading awareness has become a much more convenient task. Moreover, considering the worldwide impact of COVID-19, Pride Month 2020 needs such virtual platforms for celebrations. However, within the LGBTQ community, there are particular identities, which are falling behind. Understanding asexuality is one of these top points of discussion.

When described in simple, concrete terms, asexuality is having little or no sexual attraction towards others. Thus, seldom does anyone come across as sexually appealing to an asexual. However, the definition of asexuality itself tends to give misleading information.

For instance, asexuality does not mean that the person is never going to be in a relationship. Nor does it signify that asexuals do not engage in copulation. In that sense, asexuality might appear to be complicated, but it is not. All you need to do is understand that there are various kinds of attraction, not just one.

Understanding the variety of attraction

The sexual attraction is quite self-explanatory. The rest, however, might require more description, and they are not as popular. Thus, the following are different types of attraction that people may or may not feel.

Although the sensual appeal might seem to be similar to sexual attraction, it is not. Physical intimacy is different since it involves the “cute” expressions of affection, like holding hands or cuddling. As you can guess, sensuality is usually a noticeable part of a relationship.

Now that you know the different types of attraction, you would agree that asexuals can also find satisfaction in a romantic relationship. Thus, understanding asexuality is not as complicated as people would assume. However, asexuality, like different sexual orientations, has different types.

Understanding asexuality as a spectrum

As the Asexual Visibility and Education Network (AVEN) says, even if you were not an asexual before, but are now, you still identify as an asexual. The same goes for if you are a grey-asexual, with different romantic or sexual orientations. Thus, the asexual flag has four stripes, including black, grey, white, and purple, from top to bottom. Black represents asexuality, and grey represents grey-asexuality and demisexuality. White represents the allies, and finally, purple represents the community.

The list of misconceptions associated with asexuality is almost endless. A lot of people even refuse to believe that asexuality is real. Also, if they do accept it, they think of it as celibacy or abstinence. Asexuality is neither of those and until and unless you start understanding asexuality with an open mindset, you won’t have a clear idea.

Abstinence is refraining from participating in copulation for a short period. Celibacy occurs for a lifetime, and it also involves staying unmarried. Either way, both of them are conscious choices, while asexuality is involuntary. Moreover, asexuality does not mean a refrain from copulation.

This particular misconception arises because of unawareness about the difference between sexual attraction, sexual desire, and libido. As an asexual, what you do not experience is sexual attraction. However, you can feel sexual desire (being a demisexual, for example) and have an active libido. It is, therefore, not imperative for asexuals to not have sexual relationships.

There is also a belief, like homosexuality, asexuality occurs because of a hormonal imbalance. People think it is because of medical concerns that require attention. Moreover, people hold the idea that you can only confirm your asexuality if you have had sexual relations. It is, at times, mistaken for delayed sexual maturity. None of that is true. Asexuality, moreover, does not mean the fear of intimacy or loss of libido. It is neither sexual repression nor dysfunction.

Therefore, there is no answer to the question, “What causes asexuality?” because there is no cause. Like other sexual orientations, asexuality is natural, however rare it is.

What kind of struggles do asexuals face?

Asexuality appears to be a “safer” sexual orientation, especially if you are straight and asexual. However, asexuals have their own set of struggles to face.

One of the primary struggles includes the lack of representation of asexuality. All of us know the acronym LGBTQ+, but we forget what plus stands for or what comes after. When the LGBTQ+ movement, that is during the 1980s, the acronym was only LGB. In the 1990s, it turned into LGBT, standing for Lesbian, Gay, Bisexual, and Trans. Later, the letter “Q” was added to represent the Queer identities (non-cisgender and non-heterosexual).

Now, the community has extended the acronym to LGBTQQIAAP. However, most of the time, people utilize the acronym LGBTQIA+ for the same. The “I” stands for Intersex. The “A” must stand for Asexuals, yet, at times, people replace it with Ally. As a result, asexuals do not receive sufficient recognition within the queer community. In that case, LGBTQQIAAP is much more acceptable, since it includes Queer, Questioning, Intersex, Asexual, Ally, and Pansexual.

The fight, however, does not end there. We live in a world where everyone is supposed to be a non-asexual. As a result, non-asexuals find it challenging to understand asexuals. They do not comprehend how asexuals “feel” and poke for descriptions. Moreover, asexuals that are in a relationship with non-asexuals face challenges for obvious reasons. Sometimes, people see their partner’s asexuality as an excuse to avoid sexual intimacy. The situation, then, can turn into frustration or even sexual assault. Either way, the relationship could become toxic or traumatic. Therefore, understanding asexuality is crucial!

On the last note

So, what does it mean to be asexual? Is it as abnormal as it appeared to be earlier? People with queer identities did not decide to be queer, and they never asked for the struggles they go through. Yet, every day, they try to raise their voices above the noise of those in power. Nevertheless, there is a reason why the motto of the LGBTQ+ community is, “Love is love.” It is to make people realize that as long as you can bring yourself to love somebody, in whichever way, you are valid.

Love, as an emotion, has the power to heal the world, and it is something we need right now. So, this Pride Month, while you are locked indoors, relearn what love means and all that it could mean. It does not matter who you choose to love, as long as you choose to not hate.

What is Wrong with Feminism in India?

Feminism, in India, is nothing short of rocket science.  You will get a whole spectrum of definitions and

How Can WrittenlyHub Help You Enhance Digital Growth?

Remember when you would sit down to read the newspaper with your morning tea? Or listen to the

5 Innovative Ways to Manage Your Depression or Anxiety